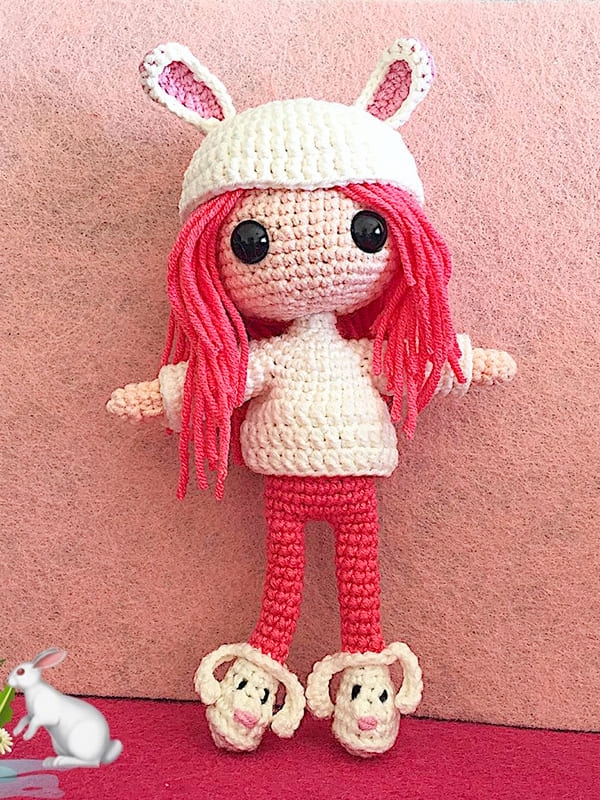 Hello everyone, amigurumi lovers,
It’s a beautiful weekend, today I bring you a wonderful free amigurumi pattern. Today’s free pattern is a crochet bunny doll. It got its name as a bunny doll, as it has a crocheted hat and shoes with a bunny pattern. She looks pretty cute with her pink hair and legs. Thanks to the detailed step by step pattern instructions, you will complete this cute crochet doll amigurumi quickly and simply. Of course, you can get a trousers look by using different colors on the leg part, of course, the choice is entirely yours. A big thank you to the pattern owner for this free crochet bunny doll. Stay tuned for more free amigurumi animals and amigurumi crochet dolls. Merry Christmas.

We start the construction of the cute crochet bunny doll from her shoes.

– we are going on with the legs.

After completing the rabbit details of the shoes, we will start to crochet the legs.

The details of the shoes

After finishing the bunny doll’s shoes and legs, we move on to the construction of its body.

After completing the body part of the crochet rabbit doll, we start to crochet the next step, the head part.

The Arms Of The Sweater

– Start with the white yarn, insert the hook into the stitch on the armpit, make 14sc.
– 14sc during 8 rounds, cut the yarn.
– Don’t forget to follow lovelycraft.com for 2 new free patterns every day.

Finally, we come to the hat, which is the most important accessory of the bunny doll, let’s make a beautiful crochet hat and look completely like a bunny.

The Ears Of The Hat

The cute crochet bunny doll is finished, have fun.

Share on FacebookShare on PinterestShare on RedditShare on VKontakte
LovelyCraftDecember 20, 2021
Leave a reply 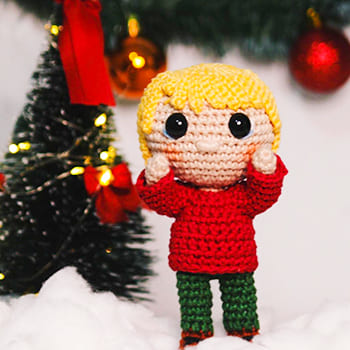 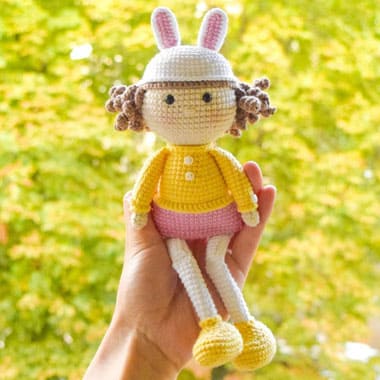 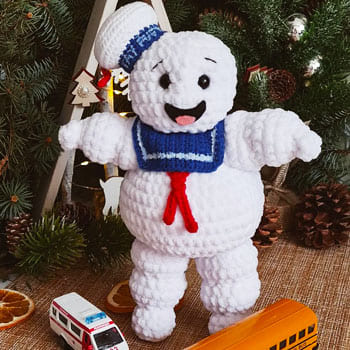 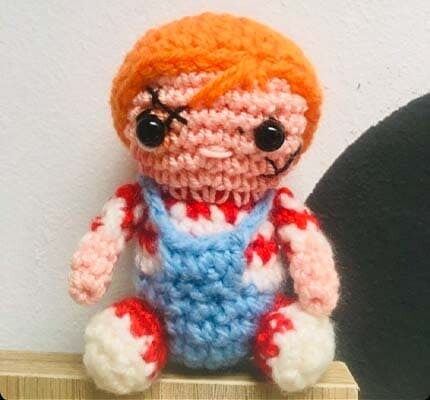