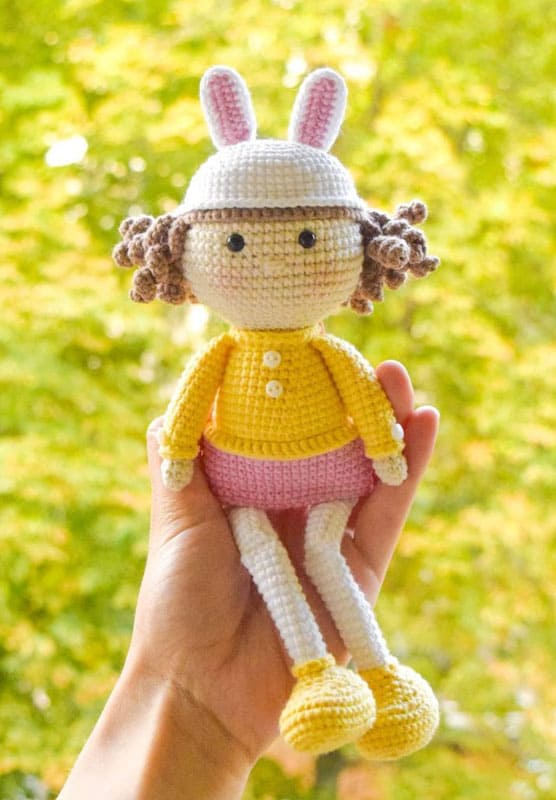 Friends, today I will share an expert level crochet doll pattern. However, the making of amigurumi is given with all its images and details. If you have an intermediate level of crochet knowledge, you can easily make this doll amigurumi. Amigurumi consists of quite a lot of parts and you have to assemble the pieces step by step. Especially the head part of the amigurumi should be done very carefully. If you do not fully understand how to make hair, you can find a detailed explanation in lovelycraft patterns. Now let’s crochet the doll amigurumi step by step. 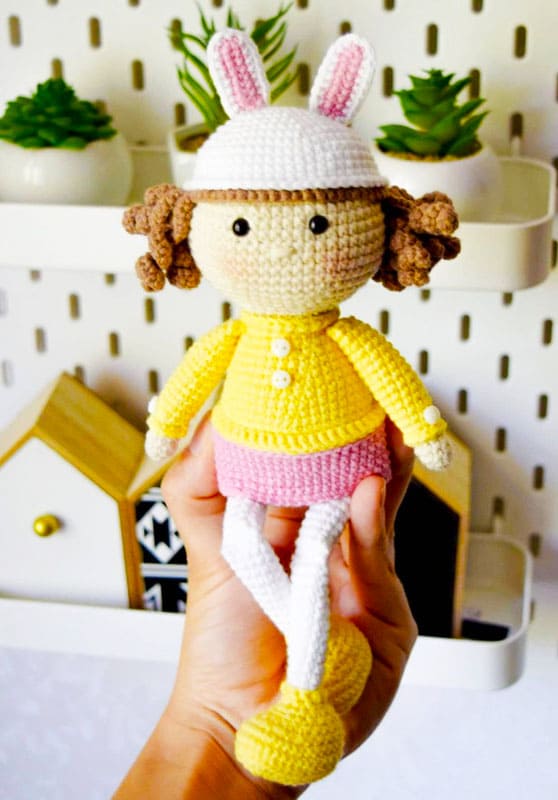 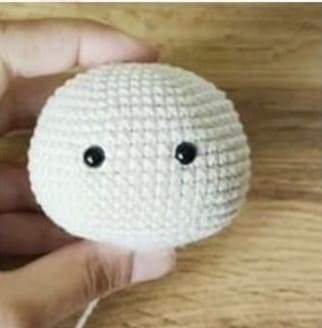 Slst, cut the yarn leaving a long yarn to sewing.
Place the eyes between rows 13 and 14, with a distance between them of 6 sc. Stuff the head. Embroider the nose between rows 15 and 16. 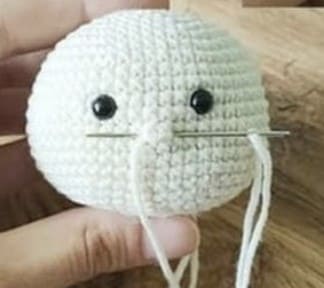 It consists of two identical parts, one pink and one white.
Crochet the first part in pink.
10 ch, starting in the second ch from the hook: 8 sc, 3 sc in the last ch, continue from the other side of ch: 8 sc [19] slst, cut the yarn. 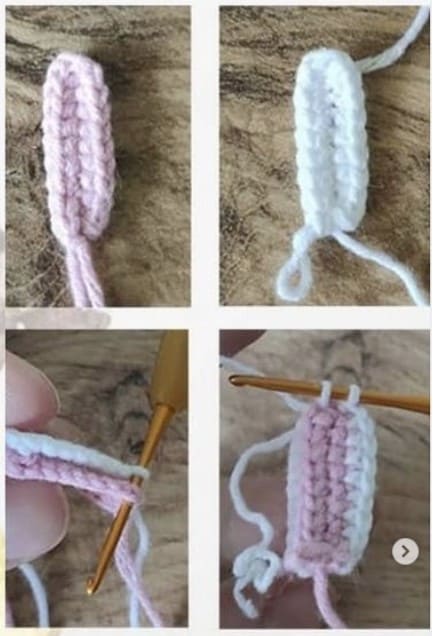 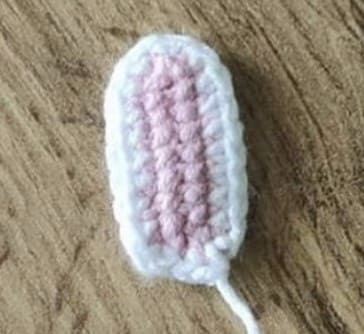 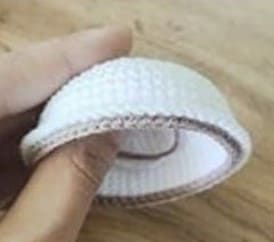 Slst, cut the yarn and hide the yarn.
Hook the brown yarn to the back loops left in row 15 and crochet 54 sc.
Start weaving hair. Without cutting the yarn, ch 26, in the second ch from hook: 25 sc, sl st in row 15. Repeat this sequence 14 times, we will get 15 curlers. Now work from the front of the loop 24 sc (bangs). Weave 15 additional curlers.
At the end we will have 30 curlers and 24 sc of the bangs.
Slst, cut the yarn leaving a long yarn to sew to the head. 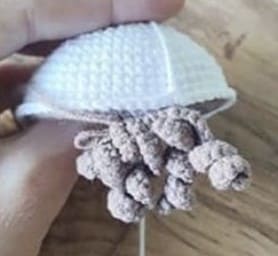 Sew the hat to the head. Sew the ears to the hat and color the cheeks. 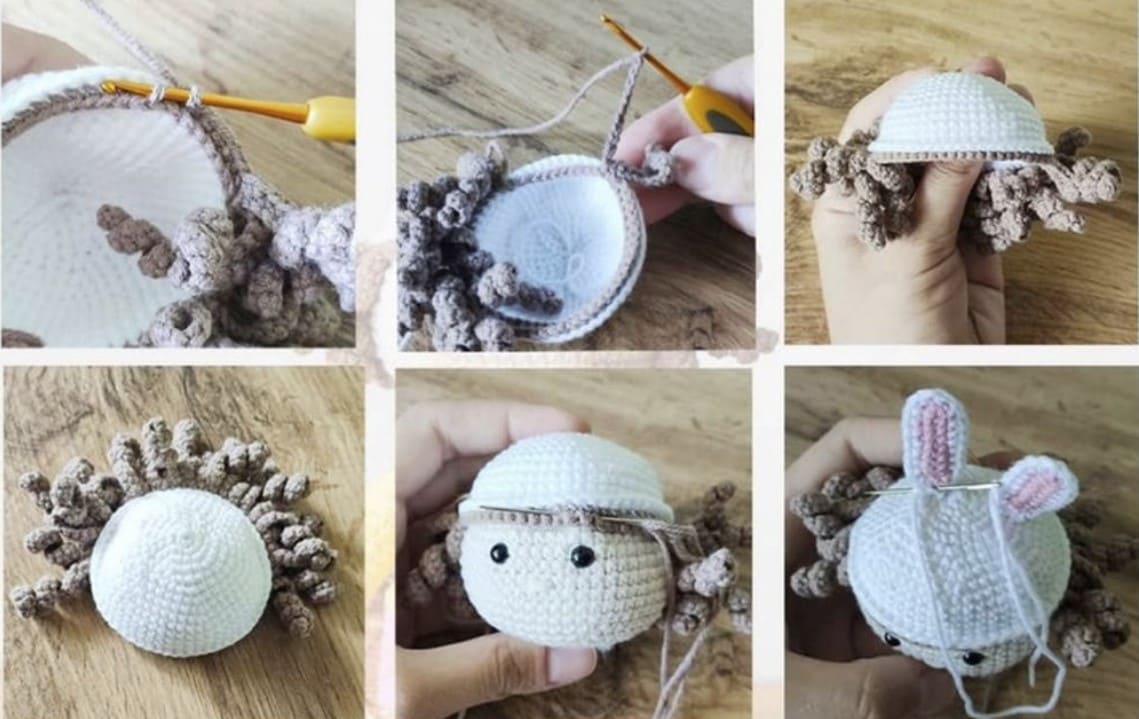 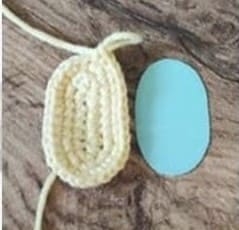 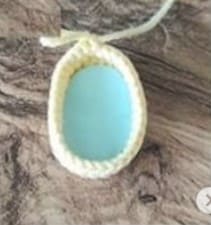 Pink color
Ch 46, we close in a circle and spiral 7 rows of sc Slst, cut the yarn leaving a long yarn to sew to the body.
Make two buttons in front of the blouse (see cover photo) and one button to the side on each arm. 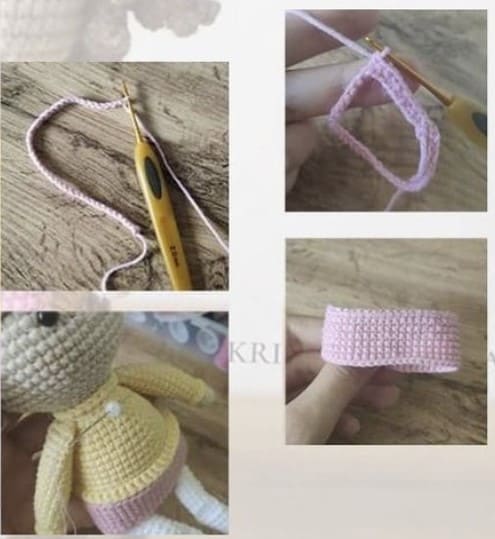 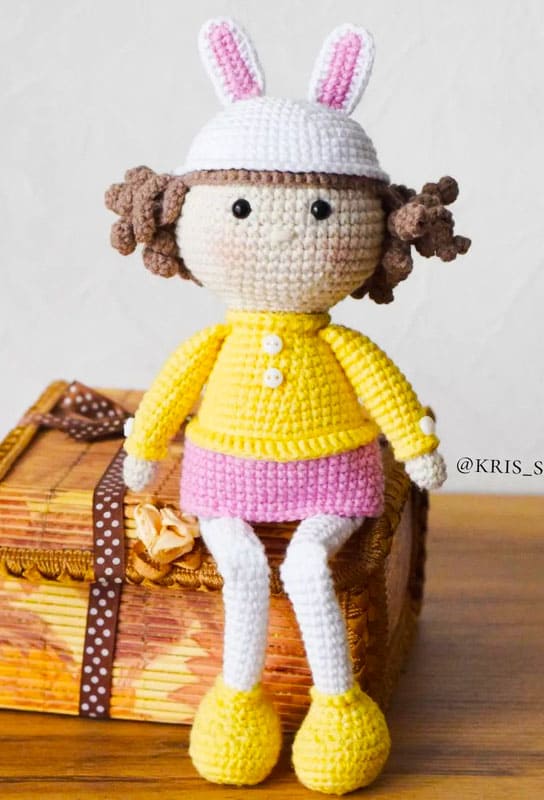 Share on FacebookShare on PinterestShare on RedditShare on VKontakte
LovelyCraftJanuary 10, 2022
Leave a reply 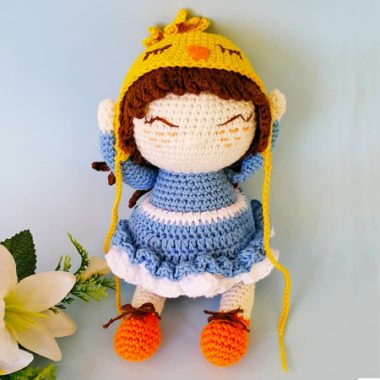 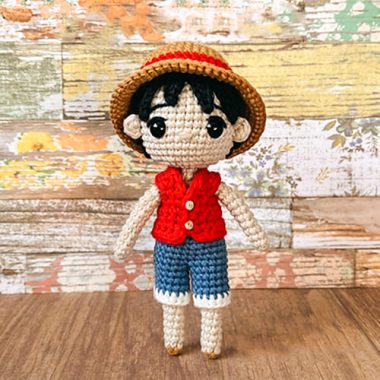 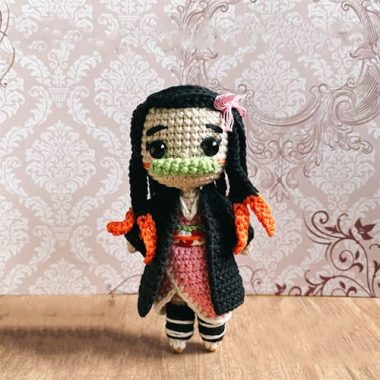 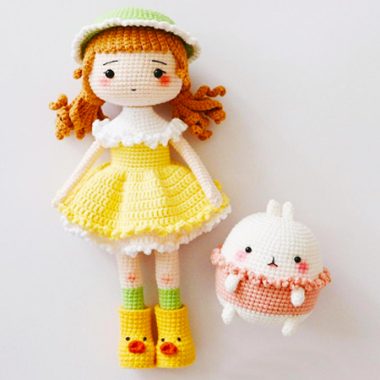