Hello guys, we’re entering a beautiful season and today I bring you an amazing free crochet amigurumi pattern. The cutest polar bear crochet toy looks pretty cute, right? What you need to do to add another playmate to your children is explained step by step in pattern details. Come on then, we can move on to the pattern.

We are entering the Sweetest Polar Bear amigurumi toy free pattern, friends. You can make the accessories of the cute polar bear in the colors you want, or you can embroider it with plush yarn if you wish. You will see this in the sample pictures. A great and simple amigurumi pattern that you can crocheting step by step. Now, without boring you further, let’s move on to the pattern instructions.

Caron simply used worsted yarn and a 3mm crochet hook. Your polar bear should be about 13cm/5.12inches tall. However, the exact size is not important.

When crocheting the cute polar bear amigurumi toy, we start from the head first. 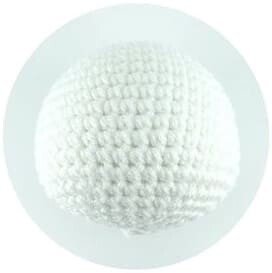 After crocheting the head part, we move on to making the body.

Now still holding the last st of the second leg on your hook, take the first leg and insert the hook
in the next stitch after the last stitch you’ve done on the first leg. 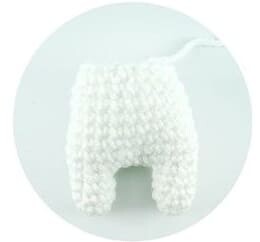 After crocheting his body, let’s combine it with his head. Then let’s start making the ears.

Rnd 1. Start 6sc in a magic ring (6), do not join.
Fasten off leaving a tail long enough to sew to the head. 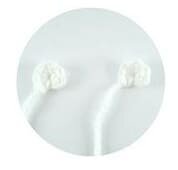 After crocheting her ears, let’s crochet the redness of her cheeks.

Rnd 1. Start 6sc in a magic ring (6)
Fasten off leaving a tail long enough to sew to the head. 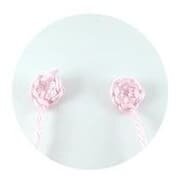 After crocheting the cheeks, we start making hands.

After crocheting your hands, we can start making the ribbon, then our cute polar bear amigurumi toy will be completed.

Ribbon (in soft blue yarn or any color you like) 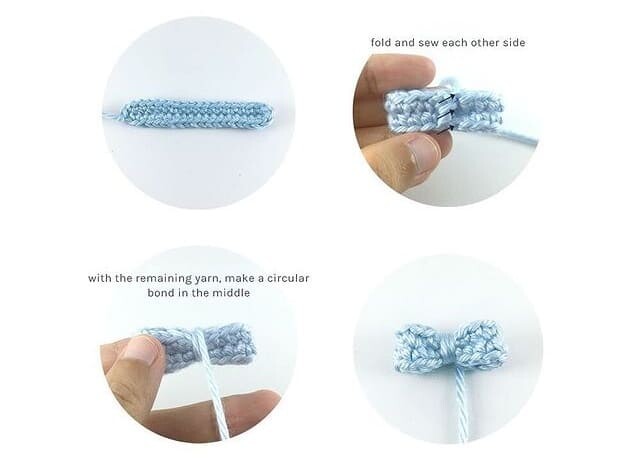 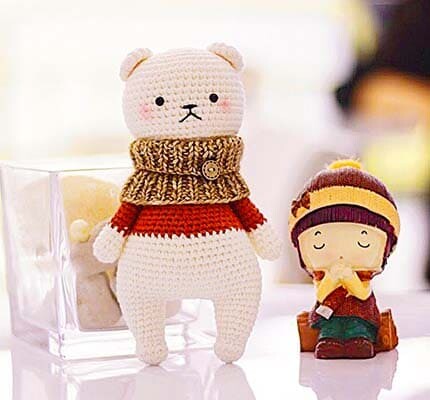 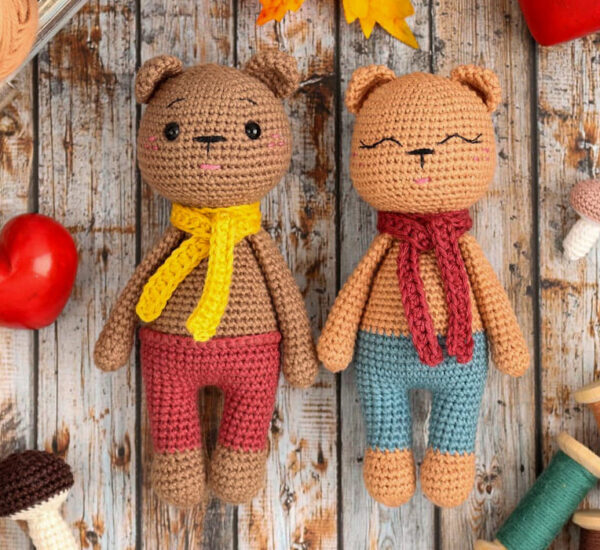 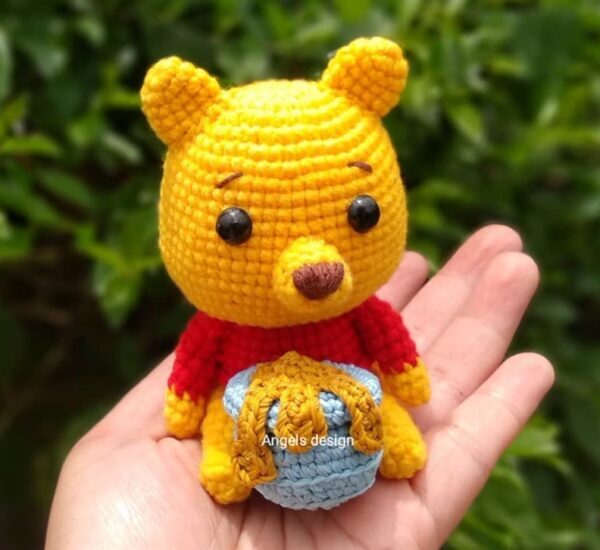