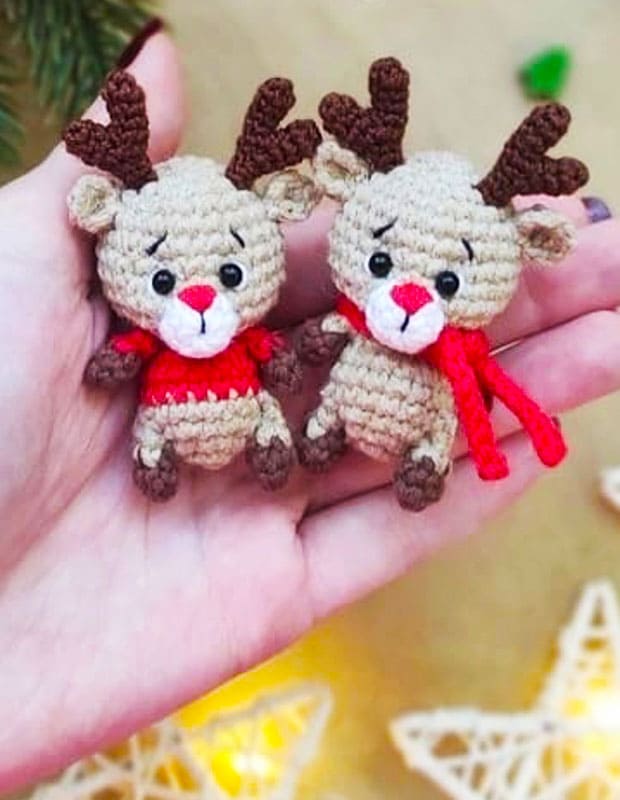 Hello dear friends. I will share a very cute deer amigurumi pattern for Christmas. You can also use this crochet deer as a key chain or to decorate the christmas tree. First of all, I have to say this. The crochet deer pattern is pretty simple. Also, since it is quite small, you can make it in a short time. For this reason, it is a very easy amigurumi pattern for beginners.

After making the amigurumi pattern in different parts, you combine it. You can see all the details and pictures in the description. Amigurumi is made in 2 different ways. You can make it a sweater if you want. But if you want a plain look, you can do it casual. If you want us to share more such amigurumi patterns, please let us know in the comments. Now let’s crochet the deer amigurumi step by step.

YarnArt Jeans yarn in beige, brown red and white
Alize Forever yarn (50 g / 300 m) brown
Black yarn “Iris” or “Mouline”
Hook No:2 and No:1.25
Small beady eyes 4 mm
Filler
Well, you will need, of course, a good mood!
The growth of a toy when using such materials is 6-7 cm 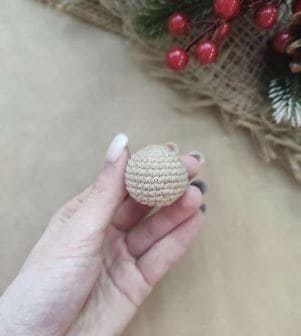 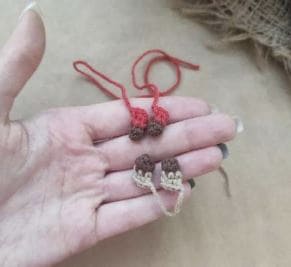 We make an amigurumi ring, then we make 2 ch, crochet 2 dc, 2 ch into this ring and crochet a connecting column into the ring.
Then we pass the needle along the seamy side to the opposite corner (see photo)
Sew the ear as shown in the photo. 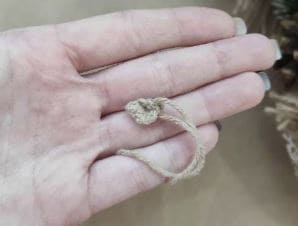 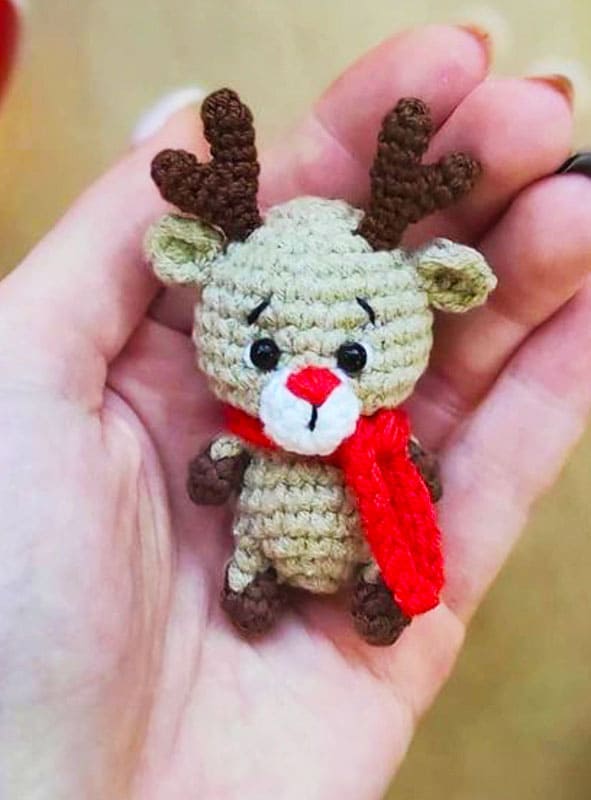 1) Sew the head to the body.
2) Sew the handles to the body (close to the head), sew the legs between 4-5 rows (you can also hem the legs on the sides so that they do not stick out).
3) Sew on the muzzle. Next, we sew or insert the eyes. If you sew on the eyes, like me, then we immediately make a tightening (i.e. when we sew, we pull the yarn) (see photo below) We repeat these actions 2-3 times, then we tie the remaining ends in 2-3 knots and hide yarns.
4) We embroider the whites for the eyes, the eyebrows and the nose in red.
5) Sew on the ears between the 4th and 5th row, the horns – between the 3rd and 4th Rnd.
6) We crochet a ponytail. We attach a beige yarn to the back of the body, crochet 2 ch, and along this chain we crochet 1 slst, fasten, hide the yarn.
7) We crochet a scarf for a fawn: we dial + -30 ch, and then we crochet along this chain slst to the end of the Rnd. Fasten, cut the yarn. 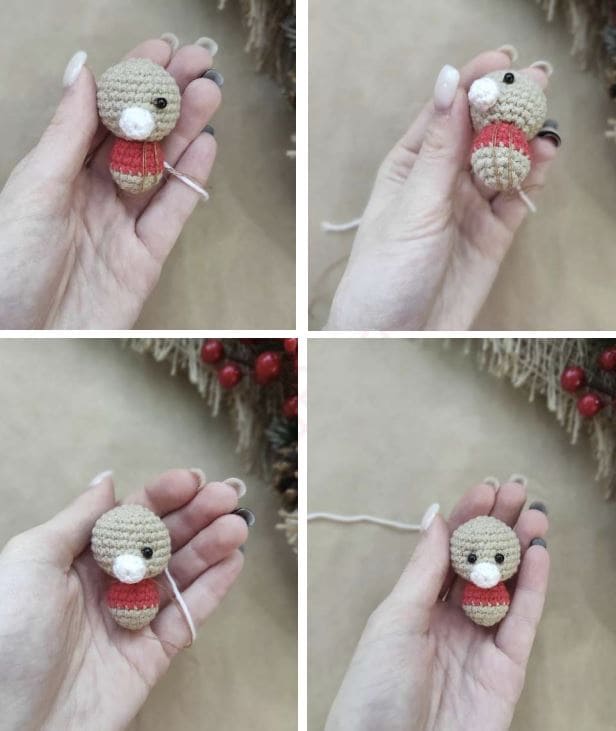 Share on FacebookShare on PinterestShare on RedditShare on VKontakte
LovelyCraftDecember 7, 2021
Leave a reply 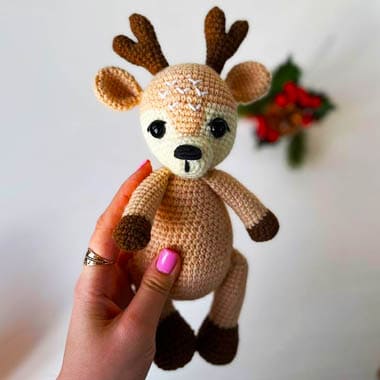 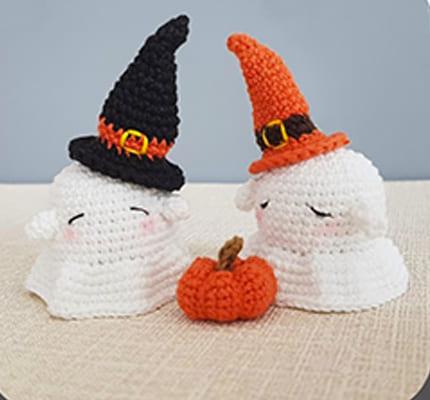 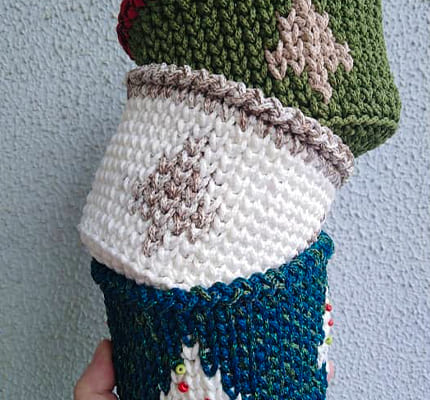